Nepal still amazing after the quake

Nepal still amazing after the quake Be it to feel the heat of the deserts in the Middle East on the hottest day or be it to sleep in the snowy Himalayas in the coldest night. Whether it is the hunger to satisfy the adrenaline pump while jumping off the flying helicopter from 30000 feet elevation or the level of fun involved while surfing through the strongest torrents of the ocean- adventures are always somehow associated with the nature.

The most beautiful gift the nature gives to every life is the life itself. Most of the times nature blesses the humankind and very rarely it strikes so hard that the entire world gets terrified and mourns on single tragedy triggered by nature. Nobody is accused or no power can fight against the natural disaster because the simple thing we all know is nature is omnipotent and always beyond human control. Nepal Earthquake 2015 is the latest example of the devastation caused by nature’s omnipotence. 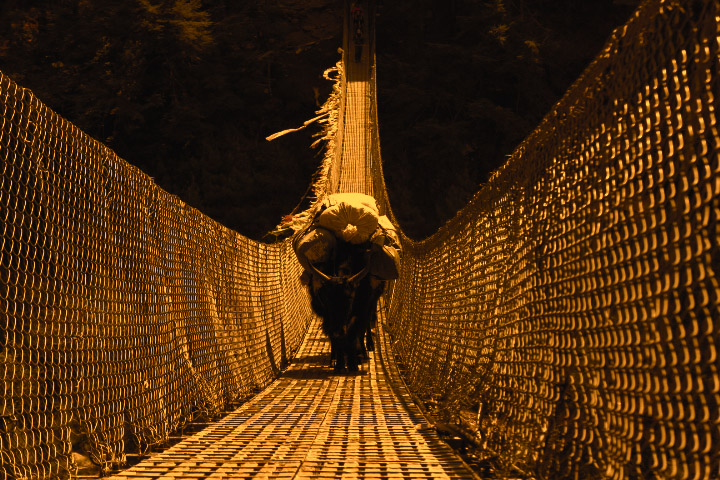 Our point is, is it a good decision to avoid traveling to the country recently and badly struck  by the nature. If the global travelers had done so, the countries in South East Asia including Thailand, Philippines and Indonesia would never have emerged so powerfully after the deadliest Indian Ocean Tsunami of 2004. Nepal paid back heavily for housing world’s most beautiful landscapes i.e. Himalayas and the country pays in this manner every century.  The threat of the deadly quake for this century is likely to be over and now the country has united to rebuild Nepal more powerful and prosperous than ever. The news regarding the safety issues in Nepal throughout global media is understandable. Why would any government or media house suggest their people to travel to the country recently struck by 7.9 magnitude earthquake? The simple answer is “FEAR FACTOR”.

Earthquakes, cyclones, Tsunamis and blizzards; these are the biggest natural disasters that have killed natives and travelers across the world frequently. Being at place during the time nature strikes is something we never know and is something beyond our control.

Nevertheless, few months after the devastation caused by the nature, the history tells that the causality of the people because of similar kind of disaster in the same place is negligible. Thousands died in South East Asia during that particular moment when Tsunami struck the region but did anyone die because of Tsunami in the same region after the tides of the Indian Ocean settled. No, the point is the earthquake in Nepal is now almost settled and regarding the tourism activity in Nepal, most of the safe regions are declared open for touristic activities. Moreover, the hotels where majority of travelers are accommodated are declared safe except few exceptions. Roadways are in perfect conditions to transfer travelers  from one town to next and the adventurous activities in the Sky, mountains and the Liquid Highways of Nepal are once again heated to cater you extraordinary holidays in Nepal. Once again adventure in the nature

All our effort we are trying to put is to encourage travelers to travel to Nepal. What we are trying to convey is people living in the isolated Himalayan regions of Annapurna, Everest, Dolpo, Kanchenjunga and Mustang among others feel safe because everyone know the catastrophic disaster that a nature could do is now a two-month old story. Nepalese have moved on and despite the recent pain they have suffered, they have begun to celebrate the regular festivals that fall into their calendars. The Wildlife Safaris in the protected parks of lowland Nepal were not at all affected during the quake 2015 and the Pokhara Factor where numerous adventurous activities including Paragliding, Bungee Jumping, Zip-Flying and Skydiving among other take place is safe for the travelers. The Rivers of Nepal catering extreme thrills are ready to offer adrenaline hungry travelers for the hair-raising water adventures and the walking fun to the Base Camps of Himalayan giants are still the greatest highlights of Nepalese Tourism assuring safe conditions.

While natural disasters capture headlines and national attention short-term, the work of recovery and rebuilding is long-term – Sylvia Mathews Burwell

To all those passionate travelers we urge you to travel to Nepal this autumn because there is no other better time than this to travel to Nepal. Helping to boost country’s economy in the country like Nepal, where tourism plays vital role for the livelihood of millions is unarguably the holiday travelers could enjoy as it caters opportunities for the people willing to thrive after the devastating quake. We request you to include a holiday in Nepal anytime soon into your bucketlist  because your visit to Nepal plays integral role in recovery and rebuilding process of the country.

Visit Nepal Autumn 2015,
« Destination Nepal – Look at the reasons why you should still travel to Nepal | Trekking in Nepal- the most beautiful walking holiday in the world »