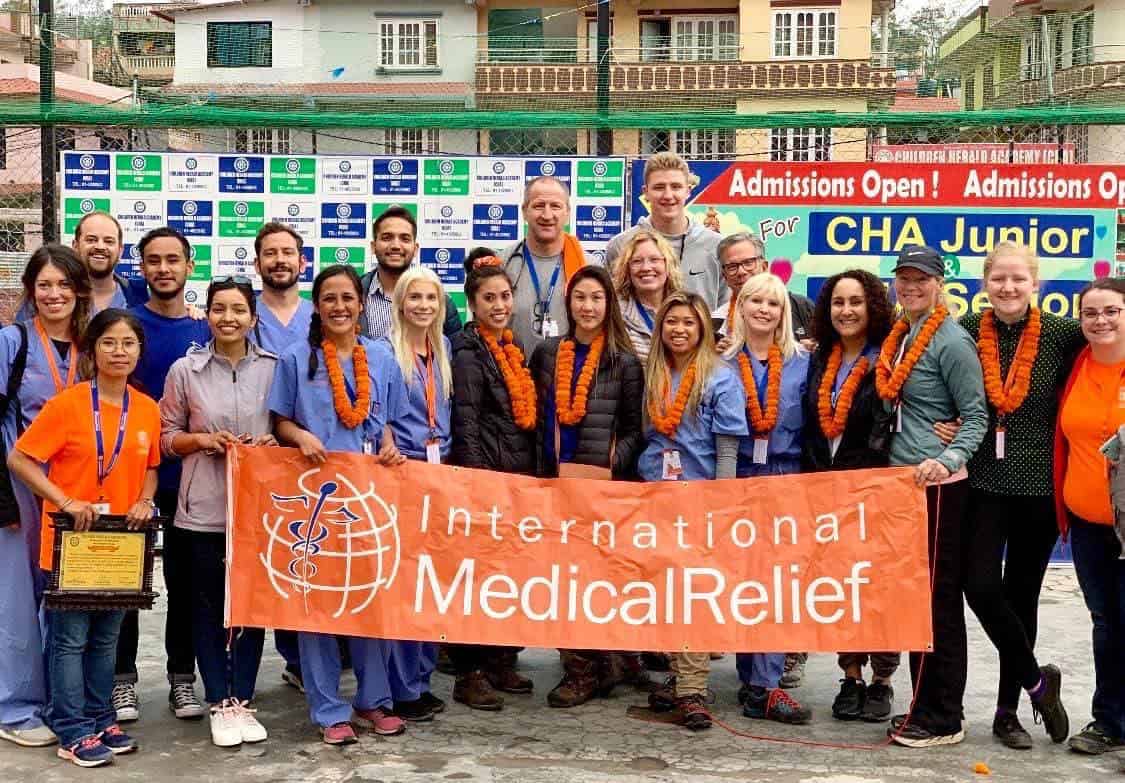 This year also a team of 18 doctors, nurses and health assistants from International Medical Relief (IMR) conducted Medical Camp for 5 days in 4 different places in the rural vicinity of Kathmandu. The Camp was organised from 24th to 28th March. The first two days’ Camp was held in Nuwakot Health Post, Nuwakot, and the other three days’ Camp was held in Tarkeswor, Godawari and Farping. The Medical Camp, which was aimed at providing free medical facilities and medicines to the locals, benefited about 600 people.

Day 01/02: On 24th and 25th March, a team of 18 health practitioners conducted two days’ medical Camp in Nuwakot Health Post, Nuwakot, 75 km away from Kathmandu. The Camp which started at 12 o’clock on the first day and 1 o’ clock on the second day, was run till 5 o’ clock on both days. Services like general medical check-up (diabetes, blood pressure etc), eye check-up and dental facilities like teeth removal and fluoride treatment were provided to the villagers. The total number of 200 patients (110-first day, 90-second day) received the facilities during two days. Day 03: The third day’s Camp was conducted in Children Herald School, Jaranku, Tarkeshwor (about 12 km away from Kathmandu City) on 26th March. The same team of 18 along with two Nepali dentists provided general health screening, eye check-up and dental treatment along with free medicines. Altogether 300 students and locals were benefited from the Camp. Day 04: The forth day’s Camp took place in Godawari Health Post, Godawari (about 15 km away from Kathmandu City) on 27th March. A team of 3 IMR doctors and 2 Nepali dentists served 61 patients of Godawari area. The Camp was conducted from 9:30 to 3 in the afternoon. In this place also, the doctors provided general test, eye check-up and dental treatment. They also distributed free medicines.  A total of 61 patients received the services. Day 05: The last day of the Medical Camp was set up at a community building in Farping, (about 19 km away from Kathmandu) on 28th March. The same team of 3 IMR doctors and 2 Nepali dentists provided medical facilities to 40 patients. The Camp was run from 10 to 2 in the afternoon. After the 5 days of busy schedule, the team had a sightseeing tour in Kathmandu Durbar Square, Boudha and Pashupati on 29th March. During the visit, they had a wonderful opportunity to witness the architectural and cultural grandeur of Nepal. The visit served both as a new experience and a refreshing break from their hectic schedule.  On 30th March, after a week’s stay in Nepal, the team departed from Kathmandu.