Home > About Us > Achievements

Explore Himalaya Travel & Adventure, true to its name has never lost an opportunity to explore new grounds, to innovate new tourism products and try out new ventures no one had dared to. In 2008 Explore Himalaya played a key role in organizing a record breaking event in the Nepal Himalayas: Everest Skydive. The event was dubbed as adventure of the year and made it straight to the record books for being the first of its kind in the history of the Himalayas. Many who were involved in this event went on to create world records. This event generated worldwide attention to the remote hamlet of Shyangboche, in the Everest Himalayas where this event took place. Everest Skydive is now an annual event. The crew of Everest Skydive and Explore Himalaya conducted test jumps for Annapurna Skydive 2013. Pokhara, a city located 200 km west of Kathmandu is the Base for Annapurna Skydive. The drop-zone of the event was at Pame, a spot closely located to tourist hub of Pokhara, Lakeside. Twenty one solo jumps and 9 tandem jumps were made using Fishtail Air Helicopter on November 2013. Pokhara Skydive is now an annual event. Explore Himalaya had an opportunity to organize a high profile aviation event over the Everest. The project named GKN Everest Mission teamed up with the explorer Bear Grylls (host of the popular adventure series “Man Vs Wild” on Discovery Channel) for a breathtaking Himalayan adventure: to fly a powered paraglider higher than Mount Everest. This daring feat, successfully completed on 14 May 2007 acted as the focal point of a global challenge for GKN employees to help raise an extra $1 million for charity. Nepali cabinet ministers held a special cabinet meeting at Kala Patthar (17,192 ft) plateau, at the base of Mt. Everest on December 4, 2009. The Prime Minister and 23 ministers were flown by helicopters for the meeting. During the meeting, a 10-point “Everest Declaration” was released calling for actions to minimize climate change effects in the Himalayan region. The meeting was funded by private agencies and organizations from the tourism sector and co-ordinated by Suman Pandey, President of Explore Himalaya. 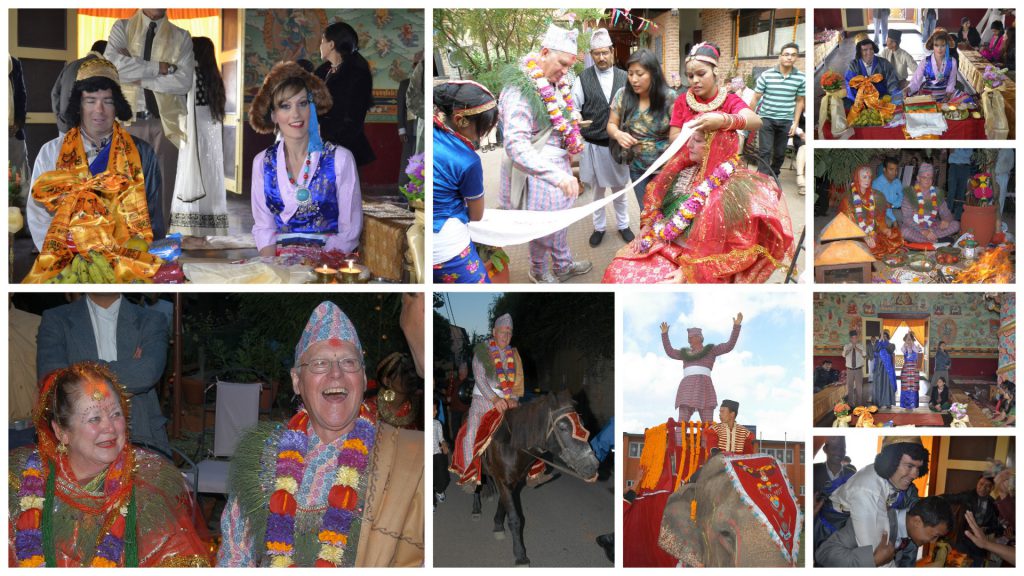 This concept of holding Nepalese mock marriage among western tourists was borne out of the idea to popularize Nepali culture among them. Explore Himalaya has been successful in planning mock marriages of more than thirty couples. The traditional marriages are celebrated with great pomp and show and many local television companies have filmed these events for broadcast in their respective channels. In October 2008 Explore Himalaya organized the tour for the filming crew of Karma Trekkers, a popular Canadian television travel show. Karma Trekkers, a culture and tourism oriented program, is aired on different channels in 45 countries. Explore Himalaya organized their tour to the fascinating cultural heritage sites of Nepal for filming of their documentary on Nepal. Ducati Everest Challenge 2014 was supported by Explore Himalaya and Turbo Motors Trading Pvt. Ltd. The 10 days expedition crossed Friendship Highway from Nepal to Tibetan capital Lhasa. Six riders of Ducati Community were accompanied by supporting vehicles and a Ducati mechanic through the ride. Explore Himalaya partnered with the team of GlobeRiders for this 75 days motorbike expedition around South East Asia and South Asia. Six riders rode across more than 10,000 kilometers with the banner “Nepal Back on Top of the World” promoting Nepal as safe travel destination after the earthquake of 2015. This has been a very special project for Explore Himalaya and the entire Tourism industry of Nepal.

I would like to thank you for everything. I had a great time biking in Bhutan. Sankten tours was excellent too and Basant too. Thanks again.